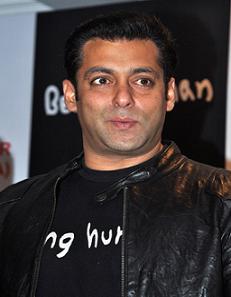 Salman Khan is back to being active on Twitter, and he's got something to say about the recent Income Tax raids that happened at the homes and offices of Katrina Kaif and Priyanka Chopra. Well, we know that Salman still has a bit of a special interest in Kat, and it is still going strong. Just check out what he had to say.
Salman posted on his Twitter page, "Right to raid...then we (have) the right to question....then we have RTI (Right To Information) .... Bataooo oh ho ho oh. Aur ek insaan batao jo mere baat se disagree karega ...chekho chillao, kuch karo. Darr gaye kya? Or am I wrong? Must b thn! Vil jst keep it acting n movie's. y own frnd don't want me to tweet. So good nite."
Hmm...now that's definitely not one of those crystal clear posts but we do get that Salman doesn't like his close friend being subjected to a raid. Will he come out more clearly in support of her? Watch this space for updates!
Posted by Deepa at 1:57 PM