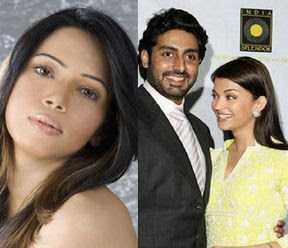 Bollywood celebs have immense star following; the craze amongst masses is huge. They have proved their love for their favorite stars time and again, be it Sunny Deol’s fan who traveled from Allahabad to Varanasi on a cycle to meet him or a fan gifting a diamond to Vidya Balan. They have always gone out of their way, but the one who outshines others is a fan who invested a whooping 10 lakh on an album, ‘The Bachchan Family’. It’s a token of love for the Bachchan family, who are all set to welcome a new member soon.

Rozlyn, who belongs to a business family from Jaipur is a huge fan of the Bachchans. So, she decided to give something special to the family as they are celebrating Aishwarya’s pregnancy news. “I was a big fan of Amitabh Bachchan from childhood, but after Abhishek Bachchan came into films, he soon became my favorite. Later, he got married to my favorite actress Aishwarya and now I am very excited that there is good news in the Bachchan family. So, I want to dedicate a special song to them. I have also named the album ‘The Bachchan Family’,” said an excited Rozlyn.

Mamata Sharma, the voice behind ‘Munni Badnaam Hui’, has lent her voice for this special song. “It’s a UP-based song, for that’s the grassroots of the Bachchans. So, I wanted a singer who could add the flavour of Uttar Pradesh to the song, and Mamta’s voice perfectly suited the mood of the song,” Rozlyn added.

On asking when she would present the gift to the Bachchan family, Rozlyn quickly said, “I will present the album as soon as I meet all of them. I am confident that they will accept my gift for their baby Bachchan. I will prove to them that I am their biggest fan.”

Rozlyn wishes to meet her favorite celebs soon and also claims that she has no plans to release the song on a commercial platform, as it’s very special for her.

We hope that Rozlyn’s dream comes true very soon, and Bachchan’s add another crazy fan to their huge fan list.